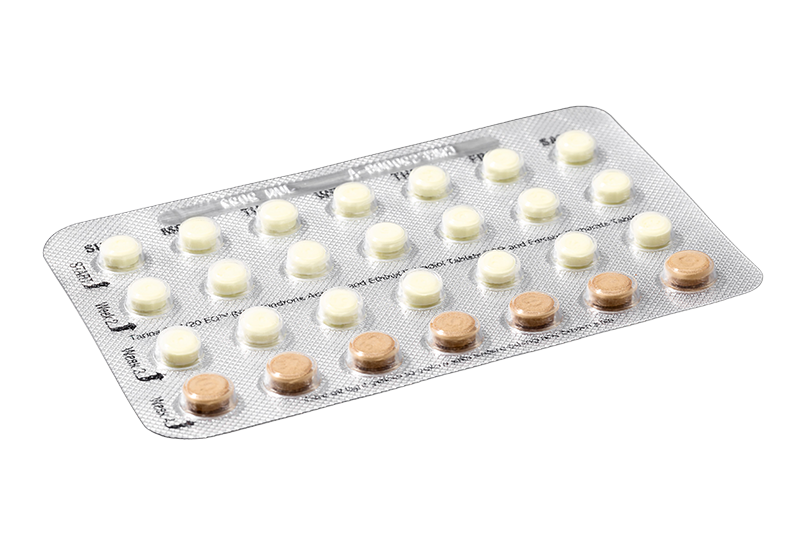 Breakthrough bleeding and spotting are sometimes encountered in patients on oral contraceptives, especially during the first three months of use. Non-hormonal causes should be considered, and adequate diagnostic measures taken to rule out malignancy or pregnancy in the event of breakthrough bleeding. Some women may encounter post-pill amenorrhea or oligomenorrhea, especially when such a condition was preexistent.

The use of oral contraceptives is associated with increased risks of several serious conditions including myocardial infarction, thromboembolism, stroke, hepatic neoplasia, and gallbladder disease, although the risk of serious morbidity or mortality is very small in healthy women without underlying risk factors.

YOU ARE LEAVING THIS SITE

You are now leaving afaxyspharma.com. Links to sites outside of Afaxys are provided as a resource to the viewer. Afaxys, Inc. and its subsidiaries accept no responsibility for the content of linked sites.