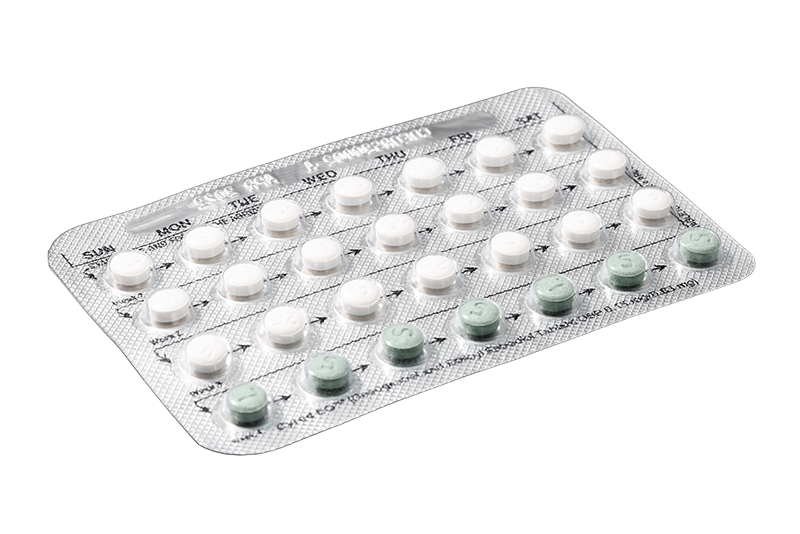 Irregular vaginal bleeding or spotting may occur while you are taking birth control pills. Irregular bleeding occurs most often during the first few months of oral contraceptive use, but may also occur after you have been taking the pill for some time. Such bleeding may be temporary and usually does not indicate any serious problems. If the bleeding occurs in more than one cycle or lasts for more than a few days, talk to your healthcare professional.

The use of oral contraceptives is associated with increased risks of several serious side effects, including high blood pressure, blood clots in the legs (thrombophlebitis) or lungs (pulmonary embolism), stoppage or rupture of a blood vessel in the brain (stroke), blockage of blood vessels in the heart (heart attack or angina pectoris), or other organs of the body. In rare cases, oral contraceptives can cause benign but dangerous liver tumors that can rupture and cause fatal internal bleeding.

YOU ARE LEAVING THIS SITE

You are now leaving pharma.afaxys.com. Links to sites outside of Afaxys are provided as a resource to the viewer. Afaxys, Inc. and its subsidiaries accept no responsibility for the content of linked sites.